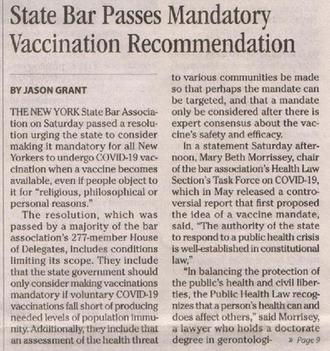 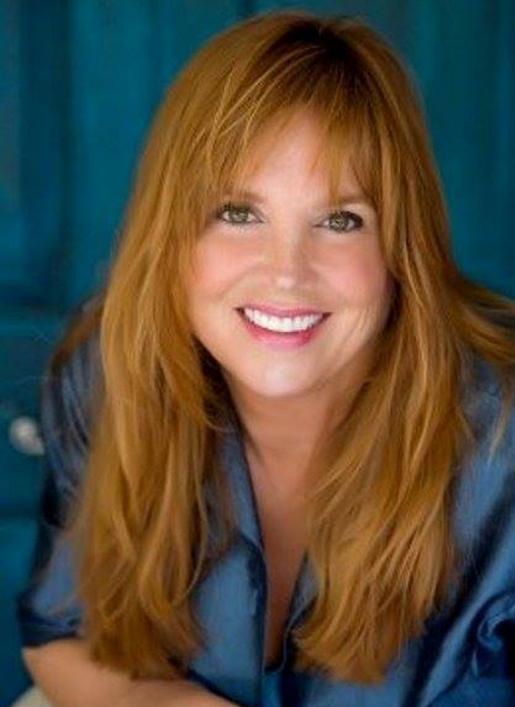 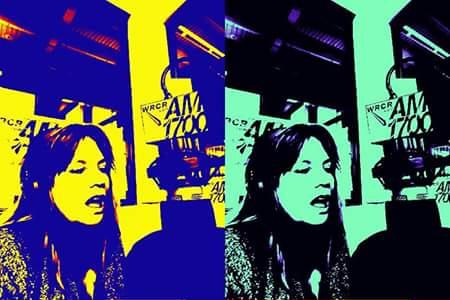 In Loving Memory of K.M 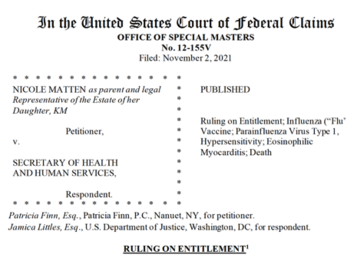 This lawsuit was filed by Patricia Finn, Esq., General Counsel to Make America Free Again (MAFA-NY), on behalf of Nicole Matten, K.M.'s Mother. The Special Master in Vaccine Court, after a hearing and years of protracted litigation, determined K.M. was entitled to compensation for a school required flu vaccine death. This is one of the saddest cases we have handled at the Finn Firm.

K.M.'s Mom wants everyone to know  about the death of her perfectly, healthy daughter caused by an "unavoidably unsafe" school required vaccine.  The statutory death benefit is capped at $250,000 for her death.

The Good Health Lawyer is well known nationally for her important legal work involving vaccination rights,  and has  appeared on CNN, CBS, Fox News, InfoWars, WPIX, Autism Media Network, NPR Radio and dozens of radio talk shows throughout the United States and Europe on the subject of autism, children’s health and religious and medical exemptions to refuse vaccinations.

The firm's cases have been reported in the New York Times, New York Law Journal, The Post and New York Daily News, Natural News, Newsday, USA Today  and  Reuters, to name a few, receiving national news coverage of the firm’s important cases detailing the struggles of her clients who have been seriously injured by vaccines. Ms. Finn and her precedent setting cases are an important part of the legal effort to protect parental rights and health rights of all Americans, particularly when it comes to issues of  unavoidably unsafe childhood  vaccines.

Patricia Finn Attorney recently appeared in the movie Bought,  and an educational documentary Vaccines Revealed , that featured the stories of families in the United States injured by vaccines. ​

​​​​Patricia Finn, Esq. and her talented legal team represent individuals injured by vaccines in the United States Court of Claims Vaccine Injury Compensation Program.  A notable case settled by the firm involved a young man from New York who was paralyzed after receiving a routine childhood vaccine.  He was compensated an estimated $44 million in damages.

Ms. Finn litigates in state and federal court on behalf of those injured by vaccines.  The firm works tirelessly to protect the Constitutional Rights of Americans to refuse unwanted vaccines, for your right of  informed choice, and most important, to protect vulnerable children from vaccine injuries caused by too many, too soon school required vaccines.